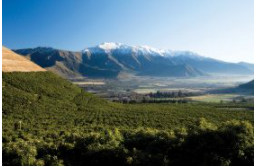 An 18-month-long study by the United Nations into the impact of avocado production in Chile has concluded that the industry makes a positive contribution to the environment and society.

The Regional Water Centre for Arid and Semi-arid Zones of Latin America and the Caribbean (CAZALAC-UNESCO) said the results of the study showed that the industry complies with the United Nations Convention to Combat Desertification and Drought, as claimed by the Chilean Hass Avocado Committee (CHAC), and contributes to biodiversity, conserving humidity, preventing soil erosion, as well as supporting social development and providing an important source of work.

Moreover, the study concluded that there was “good management and efficient use of water, with much lower consumption levels than in other fruits grown in Chile”.

Elir Rojas, who led the study, said the research was undertaken in order to verify the CHAC’s assertion before the 2019 Senate Water Resources Commission that avocado cultivation is not environmentally and socially detrimental to the country.

The industry has been repeatedly forced to defend its record on water usage in the face of accusations that it is partly responsible for the shortages that are a common feature of life in Chile’s central zone.

“Our aim was to provide a technical and scientific basis to contribute to the discussion and to ensure that the debate was evidence based and not only founded on rhetoric,” Rojas said.

“Based on this study, we do find evidence of quite positive impacts of avocado crops on their environment and on biodiversity. If this helps to debunk myths, then it means that we have made a positive contribution to the discussion.”

Rojas pointed out that the avocado industry is one of the sectors that had invested the most in hi-tech irrigation, recovering soils that were eroded and incorporating social aspects related to the workers and the environment.

“If, as citizens, we see are continually seeing stories that are critical of a sector, then it is obvious that we will form a general opinion without verifying what is actually said,” he explained.

“For this reason, the conclusions of the study are clearly a surprise because all of us who were in that team started out with a certain idea, which I think that was good, because it allowed us to make every effort to look for negative aspects and the result was the complete opposite.

“It shows us that always when looking for evidence of a situation, as professionals we have an ethical obligation to be objective and impartial and to accept with humility that we can be wrong due to a previous and wrong ‘vision’.”

One of the main criticisms in relation to the cultivation of avocado was that it has affected the scarcity of water in the area. But Rojas noted that “in the context of climate change that has existed for more than 30 years, with desertification processes that have been a feature of humans settling anywhere, saying that a crop is responsible for ‘water scarcity’ is irresponsible.

“There have been droughts in Chile since 1540. Moreover, the one of 1968 was of high impact and nobody blamed, for example, potato crops.”

Rojas acknowledged that Chile’s central region is experiencing an extensive drought, but said it was incumbent on all actors, both private and public, to take measures to mitigate the situation.

He said avocado producers had taken measures such as deepening their wells or investing in hi-tech irrigation, while also supporting local communities by supplying machinery to enable them to deepen their wells.

“Investments in reservoirs should have been made many years ago,” Rojas continued. “To say that avocado crops generate drought is to have an unfounded opinion, much less with verification of what is claimed.

“Let us also look at the surface it occupies in the context of agricultural production in the country. Consequently, it is clear that this particular crop is not responsible for the drought.”

Francisco Contardo, manager of the CHAC, said the study provided an objective and scientific framework to underpin the national and international debate on avocado cultivation in Chile.

“The study reaffirms what we have been saying for many years, that avocados do make a contribution to the environment, biodiversity and the country,” Contardo said.

“The accusations we have been subjected to for so long were based on emotions and done for political purposes. We are all concerned about drought and climate change, but blaming some, in this case us, without any technical basis, was irresponsible.

“Moreover, knowing that there is a mega drought, it is key that participants from different industries, NGOs and other stakeholders dedicate ourselves to working on solutions and improvements in search of being more efficient and better with the environment.”