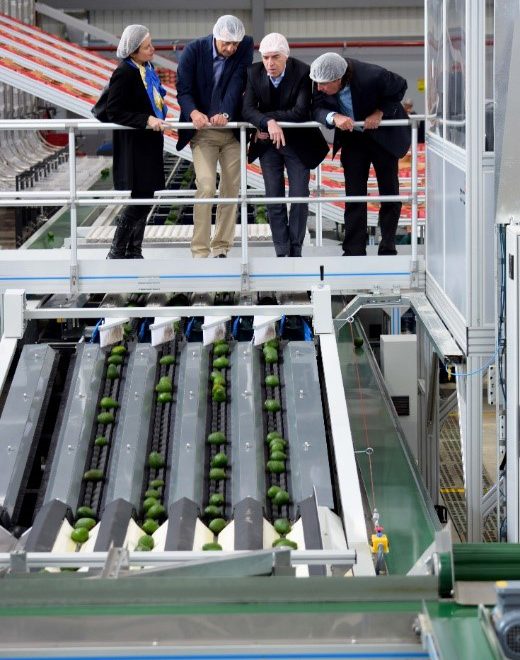 Westfalia Fruit Colombia recently commissioned a new Hass avocado processing plant in Sonsón in Antioquia, Colombia. The plant is the most advanced and largest in the country, featuring grading and sorting technologies that allow for optimal grading precision. This ensures that produce exported to international markets is of consistently high quality.

“This inauguration is an event of great significance for Colombia’s Hass avocado export industry,” Pedro said at the opening. “This processing plant has the highest capacity and the most advanced technology in the country – it is a strong statement of belief in the region, which is becoming a true cluster for the production and export of Hass avocados.”

The second packhouse established by WFC in Antioquia, the plant also benefits communities and growers in the region as the avocados processed in the plant are sourced from small local producers as well as from WFC’s own orchards.

Installed in the new facility is a five-lane Compac Multi Lane Sorter developed by New Zealand packhouse technology provider Compac, a world leader in its field. This equipment can process up to 20 tonnes of avocados per hour. The fruit is then tested by Compac’s Inspectra2 platform using near-infrared (NIR) technology to review the internal properties of each avocado, eliminating the need to cut samples of fruit.

In just six years Westfalia Fruit Colombia has exported more than 800 containers of avocados to international destinations across the world. With the investment in the new facility, Westfalia expects to triple its production capacity to support its continued growth.